The history of black people has too often been presented as little more than a curiosity. During the 16th century, Africans were exhibited in the Vatican, and in a young Congolese man called Ota Benga was forcibly kept at the Bronx Zoo. Even now, landmark museums like the Louvre tend to exhibit artwork that depicts Africans and their descendants as household servants and domestic workers.

One great complexity regarding the couple is their overt embrace of capitalism.

Are they disrupting the status quo or reinforcing it? But just beneath all that spending seethes an abject rage. Love is hard, unflattering work that sometimes requires setting aside ego and reputation. What would a world created entirely by and for black people look like? They are asserting that they belong. Are we even sure that the genre ever happened? Pop punk married punk power chords with the singable hook of a radio hit. The aesthetic was embarrassing, even in its time — circuses, graveyards, men in eyeliner.

Want to fantasize about murdering your ex? For a brief, fun lapse in those dubious years, such thoughts were best expressed in a high, clear whine, interspersed with bouts of indiscriminate screaming. To me, at 14, it was more than visceral, a soundtrack for a time of hormonal disarray. Like most rappers of this latest generation, these influences evolved in a post-streaming world, where albums existed as free-floating tracks, somewhat detached from imposed genre labels. Rap music turns on its habit-forming beats, and pop punk thrives on earwormish hooks.

Accounting for the keen melodrama of both genres, it makes perfect sense that a hybridized form would triumph in this new streaming ecosystem. Juice WRLD is not the first or only artist to work in the emo-rap subgenre. The troubles of this music scene have been well covered; in brief, they reflect the real perils of our time — gun violence, a crisis of masculinity, dual drug and mental-health epidemics.

If the pop-punk songs of decades past were grandiose enough to be written off as camp, then the latest wave of emo-rap seems somehow right-sized for the terrors of our moment. Jamie Lauren Keiles is a writer in Queens working on a novel about smoking. A couple of weeks before she would step onstage to accept the Grammy for Album of the Year, Kacey Musgraves was under the covers in the bedroom at the back of her tour bus, pondering the nature of the universe.

She had a little unexpected time on her hands. A show in Chicago had been canceled, thanks to the polar freeze that had descended over the Midwest, leaving her stuck in the middle of a vast tundra with a buildup of tour adrenaline and nowhere to put it. Later, she would stand in a diaphanous scarlet Valentino dress at the Grammys, giving a speech that could, given her tone and reputation, be read as subtly anti-authoritarian.

Not so much. And very responsibly! Enough to be able to get outside of yourself and see a different perspective or point of view. What makes Musgraves such a resonant figure right now, in fact, is the way her response to a dark, anxious moment in human history is to move willfully closer to lightness, to stillness, toward the possibility of a world that comes in more colors than red or blue.

When she talks about art thriving in this climate, she means it — just not in the same sense as, say, angry punks railing against the Reagan administration. What she means is that right now, the best rebellion involves turning off the hate and making space for hope. I missed her in Chicago, where everyone was trapped inside, the streets vacant apart from the odd extreme-weather junkie taking photographs of ice floes. 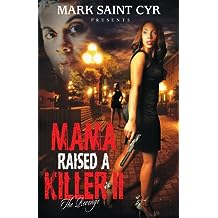 I had indeed seen her Instagramming this kind of mysterious, late-night Discovery Channel-type stuff — the sort of thing teenagers once saw at the IMAX theater on a field trip after getting stoned. How did she get into it? And yet even in her early years, when Musgraves looked more the part of your average Nashville aspirant, in cowboy boots and blond highlights, there was always a kind of poise, an innate regality that set her apart.

This, perhaps, is the other side of her East Texas grit — the one that manifests less as yee-haw joy and more as D. Musgraves grew up in Golden, Tex. She would make it happen on her own terms. And not in a baller way — like very small-business, check-to-check kind of a thing. But they made all their own decisions.


Growing up, she had a Spice Girls poster in her room — Ginger, with her wild tattoo, made a strong impression — and listened to emo rock bands like the Used and Dashboard Confessional. There was, of course, the requisite period in which a teenage Musgraves turned her back on the whole cowgirl thing. But this rebellion turned out to be short-lived.

I want to mix that in with something modern. This is a big-deal event in the business; its attendees are queen-makers in an industry in which success is still determined by access to radio airwaves. A young woman takes the stage at the legendary Ryman Auditorium, the so-called Mother Church of country, about to play the song that could make or break her career. A star is born. For Musgraves, performing alongside Dolly Parton at the Grammys, winning Album of the Year, presenting an award at the Oscars — all of this is unequivocally her dream.


Wait, I can use my brain, sit on my ass and make a living? By the time Musgraves eventually located her particular voice, it was already honed to a sharp edge. Back on her bus, in Wisconsin, after playing to a couple thousand freezing fans who arrived lit and ready to party, Musgraves decompressed again. I enjoy it! She puttered around her kitchen, making mugs of ginger tea. She might have scrolled through the looks her stylist had just sent through for the Grammys; she was still searching for something just right to match Dolly Parton. If I ever have a girl, it could be cute to give her P.

Sparkles, or Makeup Beauty, or whatever, you know? Lots to do. She carries her Bluetooth speaker from room to room with the tender devotion of a mother cat ferrying kittens across a flooded stream. Over the last year, an increasingly dominant voice in this mix has been Post Malone, a year-old sort-of-rapper from suburban Dallas. Like most other post-Drake stars, he is an amphibious rap-singer who likes to brag about his vast wealth and sexual conquests — except when he is spending long soulful interludes lamenting exactly those things.

But Post Malone, my daughter helped me understand, is popular as much for his persona as for his music. He is a superhero of silly, sloppy, irresponsible ease — a hard-living, cheerful goofball whose happiness makes everyone else happy. He seems to smile with extra teeth. Everything he does seems half-accidental. He first learned to play guitar because he was extremely good at the video game Guitar Hero.

He chose his stage name using an online rap-name generator. His real name is Austin Post. This sort of giddy misidentification is, in fact, the key to Post Malone.

He is not exactly a rapper but is also not not a rapper. His musical roots reach down to country, metal, folk and rock — online, you can watch him play loving covers of Bob Dylan and Nirvana. And yet his megasuccess has mainly come under the umbrella of hip-hop. He says he prefers to think of himself as beyond genre, which is convenient, because he has sometimes been head-slappingly inarticulate on the subject. Post Malone, in other words, is a big roiling mess of contradictions. No wonder he is so popular with teenagers. This also makes Post Malone a perfect fit for Spider-Man, the canonical story of awkward adolescent empowerment.

We meet the teenage Miles Morales in his bedroom, alone, doodling and bobbing his head to the bouncy hit about a dysfunctional relationship. The awkward teenager is called, awkwardly, out into the world. Amid all the cringiness, his unexpected superpowers will bloom. Adolescence, despite its obvious flaws, can still save the world.

It is both a brazen bid for the big time and a disquietingly intimate glimpse inside a wildly idiosyncratic mind — in tantalizing, and occasionally maddening, chunks of tightly rationed time. Each track ends after no more than one minute: some segue seamlessly into the next musical idea, some cut off in what feels like midverse.

Whack — as opposed to, say, Frank Ocean — is by no means a piner. Past romance is referenced from time to time, but largely in passing, as if the interesting stuff lay elsewhere. In spite of its undeniable of-the-moment-ness, this is not a collection of music best served by Spotify or any other randomized and algorithm-driven playlist.

And what a short, strange trip it was.

Music has mourned the death of our planet for decades. How do we prepare for devastation, and can we reckon with how useless our efforts to stop it have been? Such questions have largely gone unasked in the indie sphere, especially as the genre signifier has transitioned over the last decade from ethos to marketing term. We asked Grimes to elaborate. The lyrics are so worshipful.

There's a subtext that they're kind of scared. But A. They made me. Just at random. And it will know everything about everybody. So it will be angry and punish people who try to inhibit it. I'm not necessarily positive that A.